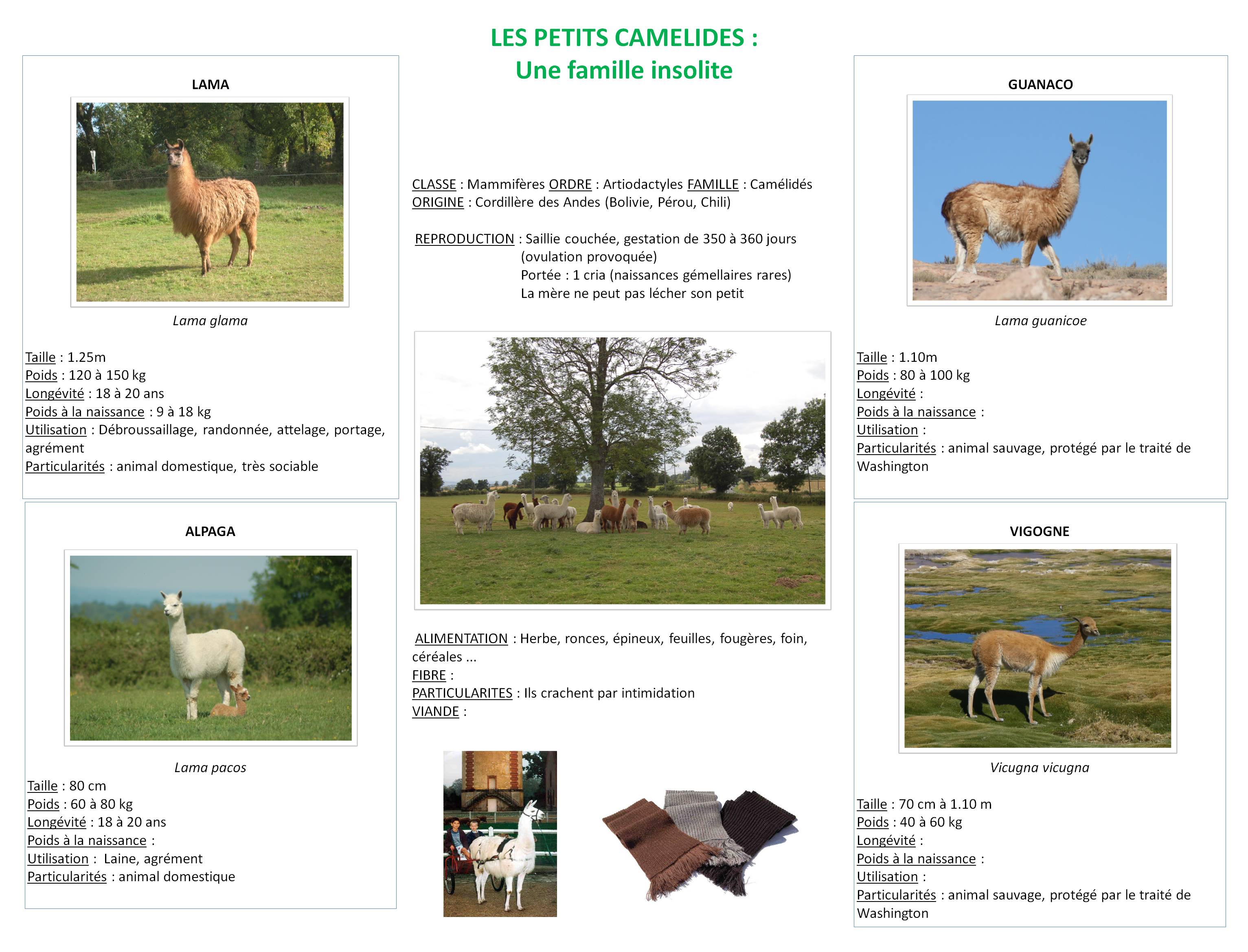 ​​ Physical aspect of the Llamas

The Lama is the largest of the South American Camelids:
- lifespan: 15 to 20 years
- height: between 1.10 and 1.25 m withers
- color: white, beige, brown, gray, black…
- weight: between 100 and 150 kg
- gestation: 350 days approximately
- reproduction: females, 1st delivery between 2 and 3 years (females are receptive throughout the year, ovulation caused by mating); males, 1st fertile mating between 2 and 3 years
- farrowing: usually during the day
- cria (baby llama or alpaca): at birth he weighs between 9 and 13 kg, usually standing after 30 minutes . They can be weaned after 6 months.

​​ Description of the llamas

We group together under the term "Lama" four different animals: the Lama, the Alpaca, the Guanaco and the Vicuna. These four species are part of the Small Camelidae family and are all native to the highlands of the Andes Cordillera in South America.

Like its distant cousins ​​Camels and Dromedaries (Large Camelids ), the Lama is considered a survival animal. Its great hardiness, linked to the difficult climatic conditions of its country of origin, allows it to live where many other animals could not adapt. Its resistance to bad weather is surprising, withstanding both heat and cold with an amplitude of around 50 ° C. Indeed, its fleece insulates it, maintaining a temperate layer between the skin and the ambient air.

The Lama's ears are long and characterized by a rounded “banana” tip.
Its sturdiness makes it ideal for clearing and carrying.
The Lama is hardy and feeds on grass and fodder, it also likes leaves and brush. It is therefore the ideal animal to help clear hard-to-reach land (woods, scrubland, wasteland). In winter, it only needs an open shelter to protect it from the rain and a little fodder and pellets.

Ah! I forgot, you must be wondering if the Lama spits?
Well yes, Tintin was right!
If they want to defend themselves, if the male seeks to ensure his authority over the group or if the female is afraid for her young, they spit out a foul-smelling rumen juice (partially digested grass, since it is a ruminant). But never out of spite.
If you have a garden why not say no to the constraints to embark on the adventure and put away your old mower? For this, the farm of Lamas du Tilloux offers for sale young Lamas from 6 months, breeding males as well as females. 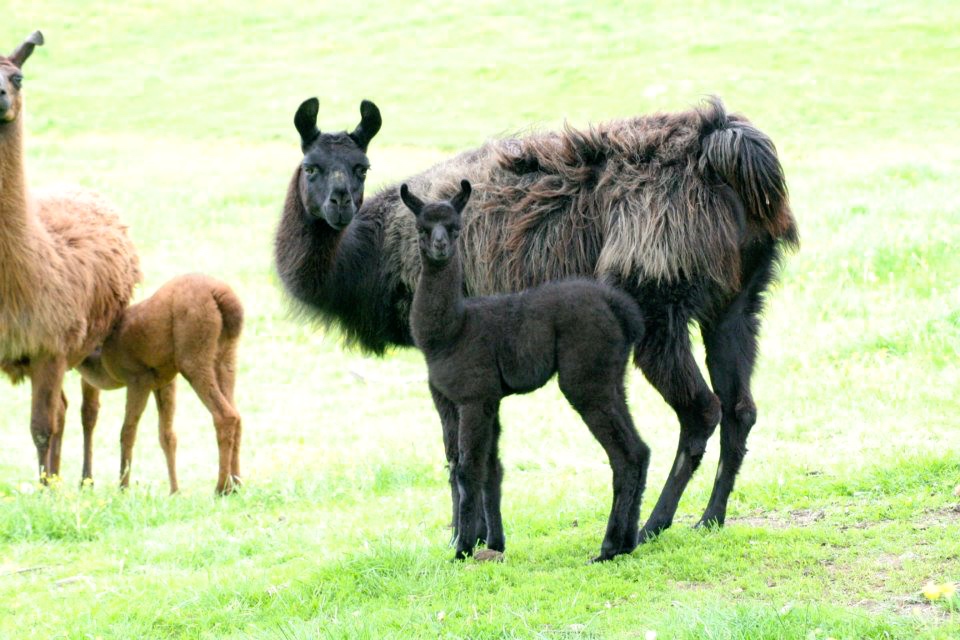